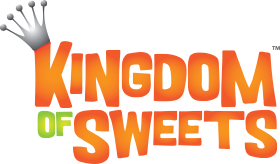 Kingdom Of Sweets is your one stop sweet shop specialising in your favourite Pick ‘n’ Mix goodies, along side an amazing range of American and retro sweets, sodas and goodies at awesome prices.

Established in April 2004 we have grown into one of the largest confectionery retailers in the UK, specialising in retailing confectionery from all over the world.

We sell quality products such as Oreo’s, Reeces’s, Nerds, Hershey’s, Wonka, Jelly Belly plus many others.

Kingdom of Sweets is striving to open the UK’s s biggest and best sweet stores in major towns and cities across the country. With 5 shops in Central London and plans to open 2 more in early 2017 in Camden, we will soon be opening stores in other major cities such as Oxford and Cambridge.

WE’RE HOME TO OVER 5,000 LOCAL EMPLOYEES

COVID-19 – An update for our customers

Subscribe to be the first to receive all the latest news and offer on Villiers Street.